Why programmatic for publishers will grow exponentially in 2015

Home » Blog » Why programmatic for publishers will grow exponentially in 2015 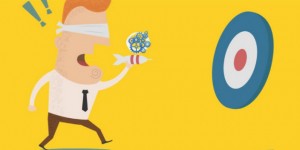 Just when we thought it was running out of steam, last month’s IAB report on global internet ad spend revealed revenues soared to a historic half-year high of $23.1 billion. The report not only highlighted brand’s deepening commitment to interactive advertising, it showed that programmatic spend is about to double in the next two years.

More mainstream publishers and advertisers to realize the benefits of programmatic!

During 2014 programmatic edged its way out of the side show to become mainstream. Programmatic by the end of 2014 is predicted to reach 10.1 billion and to double in 2015 to 20.4 billion. Forrester and eMarketer mirror IAB’s predictions and
BI Intelligence, a research division of Business Insider, predicts a rise to more than $18.2 billion by 2018. These numbers are phenomenal!

Although programmatic is trending heavily and the buzz is deafening, the industry is still in its infancy. Until it is truly standardized, marketers will continue to leap over menacing hurdles to deliver data integration, brand safety, site quality and effective measurement through programmatic channels.

Even so, Fortune 500 companies show no signs of backing away, rather, their appetite for programmatic is increasing.

Marketers are acknowledging that programmatic benefits them over time. More than a buzz word, programmatic’s appeal is heightened by its ability to perform cross- device-targeting, better insights, better performance and growing cost effectiveness.

On the demand side, publishers too are warming to programmatic. Publishers are gradually recognizing it as a new monetization source for generating more advertising revenue.

Programmatic is fueled by these technological developments and industry perceptions:

Ad fraud detection technologies battling botnets head on
Ad fraud technologies, in response to market demands, are combating botnets and other foreboding tyrants. Companies such as DoubleVerify aim to plug the security gap where nearly 45% of URLs are mismatched with the ad placement’s “true” URL.

Ad fraud technologies popularity flourished on the heels of IAB’s warning that media sellers who won’t deal with fraud, will be blacklisted by media buyers.

Marketers continuing to explore in-house and outsourced programmatic operations
In 2014 some major brands including Kimberly-Clark, Kellogs and Procter and Gamble moved their programmatic in-house. But these companies acknowledge it comes with a high cost. On an operational level it is extremely difficult to process and analyze multiple sources of data in real time.

Arun Kumar, senior executive at Mediabrands, shared similar reservations: “There’s the mistaken belief from clients that if they take it in-house, they’ll somehow sort it out… I don’t think companies appreciate the amount of investment … It’s not about getting two DSPs and a couple of full time employees on it…”

Ironically, many advertisers know more about publisher audiences than publishers
Publishers who hesitated to date about the shift to programmatic are pulled into it through the back door.  Realizing they simply cannot afford to sit on the fence any longer, publishers are increasingly exploring programmatic platforms.

Programmatic to grow exponentially in Europe

According to Patrick Dolan, Executive Vice President and COO, IAB; “programmatic advertising strategies have paid dividends for U.S. publishers, brand marketers, ad technology vendors… now it’s time for this practice to benefit marketplaces around the world.” The programmatic drive began in the US, but growth is spreading worldwide particularly in the UK and Europe. The meteoric rise in Europe is attributed mostly to improved targeting capabilities, according to recent IAB Europe findings.

As brands become programmatic savvy, publishers will need to step up their game
Programmatic adoption to date has been fueled from the buy side, with many publishers hesitant to get on board. But there are dramatic efficiency gains to be made on the sell side as well.

At Total Media we believe publishers must tread carefully to reap the full benefits of programmatic. One thing is certain, programmatic trading will continue to evolve. For publishers, finding the right professional partners is key.

A Special Total Media Event - Stories from Publishers' Bedrooms - 05/21/2020
Publisher: When should you shift from Google AdSense to Google AdExchange?
Total Media’s team wishes families and friends a Happy Passover