What You Need to Know About Preferred Deals and Private Auctions

The programmatic industry has fundamentally changed the way publishers and advertisers interact with each other and how they buy and sell premium media online. In the not-so-distant past, publishers and advertisers used to communicate directly and negotiated placements and CPM for premium ad placements amongst themselves. Even more recently, if an advertiser wanted to buy premium media through programmatic direct, the only traffic that was available to purchase from the SSP was the leftover remnant traffic.  Programmatic is changing the transaction for the better, not only because of emergence of the efficiency of the transaction but also because more and more premium ad inventory is available to be purchased programmatically.

In reality, the change is advertiser driven. Advertisers are beginning to come to an understanding that buying programmatically allows them to track, analyze and better target their users by showcasing to their audiences the right ad at the right time, thus significantly increasing their ROI and campaign performance. This realization has initiated a major shift in the industry of programmatic buying. 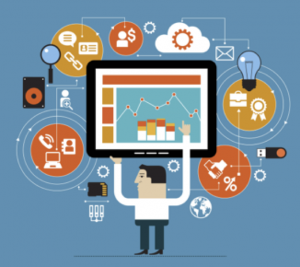 Preferred Deals allow individual buyers to negotiate fixed-price, first-look deals with sellers.  The CPM is generally higher than regular programmatic and on par with direct sales because advertisers are seeking impressions based on the specific data available or gathered by the advertiser previously.

Preferred deals are based on direct agreements between publishers and advertisers where generally advertisers approach the publishers about specific ad sizes, placements and audiences and the two parties negotiate a specific fixed price for the impressions amongst themselves.

What’s unique about preferred deals is that they are executed programmatically.  Whereas once advertisers would simply send publishers an ad tag which would link to the allocated ad placement, now the entire execution runs through DSPs and SSPs (e.g. DoubleClick AdX & DoubleClick Bid Manager), where a deal ID get things moving along.

Private auctions are programmatic deals that allow publishers to create a higher-priority auction available only to white-listed buyers of their choosing for specific inventory the publisher desires to make available. One such SSP allowing private auctions is DoubleClick Ad Exchange (AdX) by Google. Any advertiser interested in participating in a private auction is recommended to be using a DSP (such as DoubleClick Bid Manager).

Within the private auction, publishers establish a specific floor price with the chosen advertisers and lets this small group of buyers compete in an exclusive, private programmatic marketplace auction. The floor price, in general, is higher than that of the open marketplace, so the buyers can pick and choose the premium impressions that they would like to bid on based on certain known parameters beforehand.

What are the major benefits of preferred deals and private auctions for publishers and advertisers?

How Can Total Media Assist Publishers and Advertisers Interested in Preferred Deals and Private Auctions?

To get a more in-depth look about how preferred deals and private auctions are affecting publishers and advertisers today, we asked Aviad Rave, Total Media’s VP of Business Development & Programmatic, about his thoughts on the subject and to how the challenges are being met as we look forward to 2016.

“We have constantly received industry feedback relating to how PMPs are a major issue for both publishers and advertisers. On one end of the spectrum, more and more buyers want the first-look when buying premium inventory in addition to a strong desire to participate in as many PMPs as possible in order to reach the maximum high quality traffic available.  We’re also hearing that more and more advertisers are flat-out demanding to buy ad inventory programmatically rather than directly,” said Rave.

“Conversely, we’ve received feedback about how it is quite daunting for publishers, many of whom have never undertaken programmatic before, to meet the expectations and desires of advertisers for setting up preferred deals and private auctions for premium inventory while maintaining the highest eCPM price possible for the premium ad units to bring about higher revenues.”

“In order to address the technical obstacles that currently exist, we work with publishers alike to set-up and manage preferred deals and private auctions as part of our monetization strategies, specifically handling the day-to-day management of the ad operations, i.e.,  establishing the preferred deals, inviting the buyers, the ongoing support and to oversee the private auctions for premium inventory as they go live on SSPs like AdX and via video SSPs,” commented Rave about the full suite of services currently available to publishers.

Lastly, in addressing large publishers seeking to ramp up their programmatic presence, “we cover all of the aforementioned monetization strategies for yielding the highest financial return per impression, and in addition to all of the technical issues that may arise, we offer strategic planning and consultancy that may need to be undertaken for taking programmatic to the next level.”

Publishers need to understand that they have to become effective in the handling their inventory programmatically in order to meet the high expectations of saavy and increasingly data-driven online buyers.

Total Media, has over 10 years of experience working with publishers worldwide, many of whom do not have direct sales teams or are actively participating in preferred deals or private auctions for their premium inventory.  We are experts at creating an environment where we can establish a higher CPM price for the impressions and push for better monetization strategies for moving the premium ad units via programmatic exchanges.

These days it is a struggle for publishers to keep up and adapt to all of the new programmatic advancements currently taking place.  Both sides of the programmatic spectrum, publishers and advertisers, mutually need to overcome technological and organizational challenges for adopting the technologies and rise to the occasion in order to meet each other’s expectations, and their own.

For publishers and advertisers committed to programmatic, both sides need to use quality tools, i.e., DSPs and SSPs, and be up-to-date on how to best use the technology, in order to create the highest value for themselves and their customers. Now is the time to execute.

In 2016 we’re expecting to see a much higher adoption of programmatic and private marketplaces being created and utilized by buyers and sellers. Clearly the programmatic landscape is evolving and maturing in a highly effective manner for both publishers and advertisers. It is just a matter of time as to when the level of technical and general knowledge and skills catches up with the technology itself in order for the industry to break-through to higher levels of adoption.

If you are considering taking on Preferred Deals or Private Auctions for your website, our trained experts at Total Media are available to consult with your team in order to build the most optimal mix of programmatic optimization and monetization for your website’s ad units to increase your monthly revenue earned from web traffic. Please feel free to contact us here.

HTML5 Campaigns Now Enabled in Google Ads
5 Ways to Boost Your Website Monetization!
Inside of Outstream, Taking a Closer Look at InRead