VAST 4.0 is the Elephant in the Room 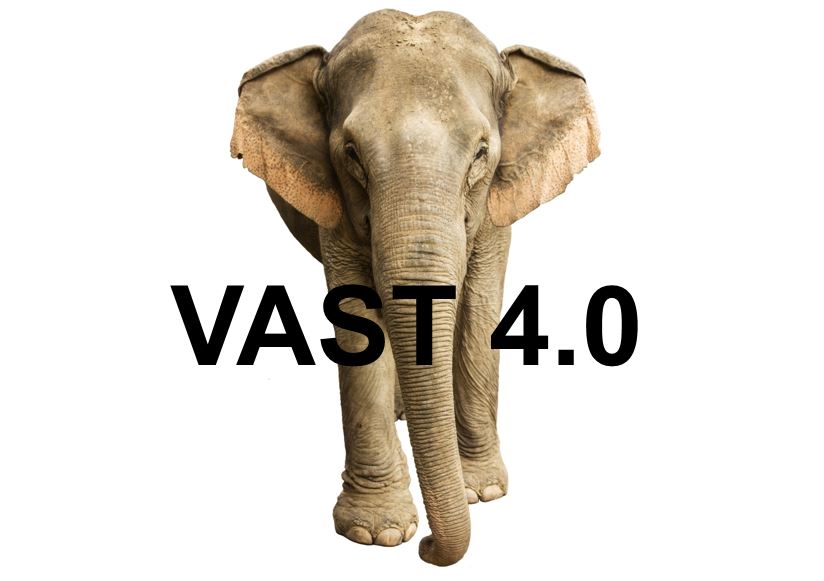 Today we’re looking at VAST, a subject which has received frequent industry coverage since the IAB released its newest version, VAST 4.0, back on January 21, 2016.

In this blog post, we will discuss VAST, its current industry adoption, and then look at how publisher and advertiser decisions are effecting its viability as a standard for the industry.

Video Ad Serving Template (VAST) is a standard which allows video players to receive the information it needs to project the advertisements that will be included within streaming video content.

What is important and useful about VAST is that it standardizes the relationship between publishers and advertisers, video players and ad servers by allowing a common language to be spoken between all.

Specifically, VAST (XML) does the following:

For publishers, VAST is important because it standardizes a website’s relationship with external ad servers, thereby allowing them to leave their ad stack unmodified. Publishers benefit from VAST because they do not have to change their videos or their video player in order to use a different ad server.

This technical synergy allows for scale for publishers, which in turn means more volume to sell, and conceivably, more income arriving from the inventory being purchased by advertisers. This integration of a standard minimizes the amount of changes needed to be made in order to bring in the maximum amount of profit.

With the release of VAST 4.0 in January 2016, VAST continues to evolve and grow with the needs and demands of both publishers and advertisers. Version 4.0 improved the technology running behind the scenes by adding a new XML structure which strengthened communication between video players and ad servers by optimizing and achieving better delivery and measurement.

So, VAST 4.0 is the industry standard for both publishers and advertisers?

In theory, yes, VAST is the industry standard for video in 2016. Though in reality, VAST 4.0 is not being used by enough publishers and advertisers in the industry to be considered the status quo today.  Regardless, VAST 4.0 is the elephant in the room that everyone can’t ignore.

Back in 2008 when the IAB launched VAST, the idea was the script would be a simple and painless method to implement video ad standardization because it is XML based and lightweight, thereby offering a solution for the industry to onboard.

Despite the beneficial advancements that each new version of VAST brings publishers, video players and advertisers, VAST 4.0 has not been adopted in mass. The lack of adoption to the newer versions of VAST could be is due to:

Today, a majority of publishers and advertisers are still using VAST 1.0 & 2.0 despite the new advancements and beneficial features which arrived in versions 3.0 and 4.0.

This lack of industry adoption has also forced advertisers to seek independent solutions that provide information about the performance and viewability of their creatives that publisher’s video players are not providing them about their advertisements.

VAST 4.0 contains viewability measurement tools and interactive elements which advertisers have needed to properly measure to track the performance of their advertisements. Since this functionality was not made available until v.4.0, VPAID, another IAB development and standardization, has filled the gap for advertisers whom have needed to create and deliver measurable custom-Java-script or flash-developed creatives.

VPAID’s code runs within the instruments and allows for the ads to be interactive with features such as allowing the advertisement to appear over the content (to generate response from the user), in addition to offering the ability to measure important metrics and indicators such as viewability and impressions.

The downside of VPAID is that the flash-based and JavaScript ads can load slowly and potentially negatively affect user experience. Despite this, VPAID continues to be used because VAST 4.0 has not been adopted in mass by publishers and advertisers continue to need a way to measure the viewability of their ad creatives.

The fact that publishers and advertisers have not universally accepted the same version of VAST has long been a point of contention for all. It is clear to say that if more publishers were using VAST 4.0, then more advertisers would be using it, instead of VPAID, as well and vice versa.

VPAID was never meant to replace VAST, but rather, it emerged to complement VAST where it was lacking critical functionality.  Perhaps now with VAST 4.0 offering visibility metrics built-in, an optimized XML script and improved user experience, more publishers will add the standard in order to satisfy eager advertisers. At this point, there clearly isn’t enough motivation to do even that.

Going forward, without changes in the industry that force publishers and advertisers to adopt the newest version of VAST on a regular basis, we may continue to see this deep fragmentation in the industry.

As it stands today, all of the players in the video ad industry are using different versions of VAST and VPAID to receive the individual features that they would have received if they just began using VAST 4.0.  We believe that it will take leaders in the industry, specifically, the world’s largest publishers, advertisers and ad tech companies using the same version of VAST, to change this dichotomy from the top-down rather from the bottom up. Let’s hope that this status quo will change soon for the benefit of all involved in order to simplify how video advertisements are handled.

If you are considering upgrading to VAST 4.0 for your website, our trained experts at Total Media are available to consult with your team in order to set-up everything you need for your website. We will take care of everything and make sure that your website is ready and future-proof for your website’s valuable video ad units. Please feel free to contact us here for more information.

For more information about VAST 4.0 – https://www.iab.com/guidelines/digital-video-ad-serving-template-vast-4-0/