Mobile ad monetization trends 2015. How to avoid the hype 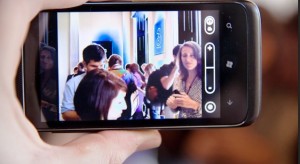 The rise of mobile advertising technologies has not only sparked an evolution in standards and best practices, it has also created a lot of hype and misconceptions. So how can we separate the hope from the hype?

Similar to the way the cycle of experimentation-to-rude awakening-to-hard-nosed calculations typified the web and social media era, publishers and advertisers will become less patient with mobile hype, and more concerned about value.

Online publishers in particular have it tough. They have been expecting to squeeze more juice out of the mobile market place. Publishers willing to face the naked truth acknowledge that most of their mobile inventory is actually mobile web.

Despite the influx of mobile technologies, apps and ad revenue models, publishers are yet to discover a winning formula for mobile monetization. So in 2015 publishers and advertisers justifiably will be carefully assessing the optimum paths to mobile ad monetization.

To monetize more, publishers and advertisers will need to step ahead of the game. They’ll need to carefully assess the mobile ad trends affecting the market, choose their technology partners with care and earmark the analytical tools that will help spot mobile revenue opportunities faster.

At Total Media we kept our antennas up and tracked the mobile ad trends most likely to impact the market in 2015. These are the ones that beeped loud and clear on our radar:

The Mobile Programmatic Private Market is set to grow in 2015

Advertiser spend on mobile programmatic will grow significantly in 2015, reaching an estimated $8.4 billion, from $4.4 billion in 2014.

In 2015 we expect both advertisers and publishers will demand more granular audience segmenting, more transparency and more control.  The closer interaction in the private mobile space has the best bundle to meet these demands.

An app-centric environment and growing number of screens

To date if we wanted to access an app, we simply tapped on our smart phone. In 2015 the app experience will extend to multiple interaction points to include smart and possibly other “wearables”. The era of downloadable apps, as we know it today, will be soon become something of the past.

To truly deliver, mobile programmatic experts will need to bust their chops on new technologies, revenue models and buyer behavior across app constellations on a growing number of screens. Publishers’ and brands’ in-house teams will be wise to find a reputable programmatic partner that can help scale and monetize their campaigns in this brave new mobile world.

An ever expanding mobile ad network is already teeming with monetization opportunities. Superior monetization services will need to work with a new breed of analytical tools that can help forecast, alert, prevent lost opportunities and monetize advertising revenues across a multi-screen environment.

Video and in particular mobile video consumption has increased drastically, resulting in big opportunities for brands. Mobile digital video ad spend is expected to catch up with PC ad spend by 2018.

With the manic developments across all digital ad formats, publishers and advertisers may need to be more honest about online ad spend and the value it delivers in 2015.

Although programmatic is set to flourish, publishers in particular will need to partner with knowledgeable experts to monetize their campaigns on one hand, and avoid the prospect of disappointing advertisers on the other. The level of expertise needed for programmatic mobile advertising operations and analytics demands a completely new skill set.

We look forward to your comments and queries on mobile programmatic ad trading, and mobile ad monetization.