iOS 9: What You Need to Know About Ad Blocking on Mobile

Home » Blog » iOS 9: What You Need to Know About Ad Blocking on Mobile 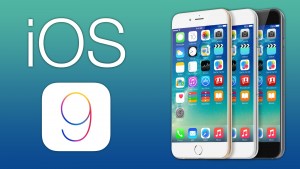 Released on September 9, Apple’s newest iteration of its iconic iOS software is decidedly more focused on providing speed, privacy and user control to its users.

Notably for the first time in its mobile OS, Apple’s iOS 9 is allowing developers to create ad-blocking apps/plugins for use in Safari iOS to prevent advertiser ads from appearing in Apple’s web browser.

According to a Dec. 2014 eMarketer report, advertisers will spend nearly $600 billion dollars in 2015, with more than 10% allotted to mobile advertising.

iOS represents more than 50% of mobile traffic in big markets such as the USA, UK, Japan, France and Scandinavia.

We are sure that publishers and advertisers are already well-aware of the significant portion of mobile traffic Safari represents, The idea that iOS will become more controlled raises many new scenarios for the mobile section of the programmatic industry. Let’s take a look at content blocking to see if it really will impact your bottom line.

There are two ad-blocking methodologies:

In which communication to ad-servers/ad resources is blocked altogether (the client request does not occur).

Example: block all requests to URLs that include “google.adsense.” Communication blocking is the most commonly used method by the major ad blocking plugins.

Ad-blockers use various UGC lists (such as EasyList or Fanboy) to define, customize and widely distribute rules that maximize blocking efficiency for these methods – such rules may be defined per site or in general.

In which certain HTML elements, even if loaded correctly, are still hidden from the page. Example: hide any element with class=”Ad”.

In communication blocking plugins the request never goes to the ad server and as such the impression is never reported by all systems (Publisher, Advertiser, 3rd Party). Publishers may see a reduction in ad impressions the more users browse his site using an Ad Blocker.

If element hiding is used then there will be no impact on ad impressions.However there may be impact on viewable impressions, plus 3rd party verification tools.

How much does this impact a mobile site?

As mentioned above, because the most prolific and efficient Ad Blockers work on actually blocking the request to the Ad Server (DFP, or otherwise) the chain ends there. Meaning that there are no metrics in the Ad Server to how many impressions have been blocked.

As such the scope and true impact of Ad Blockers is very hard to ascertain, the approximation is about 20% of ads are blocked, although that differs from country to country and by website category:

Why Would Apple Do This?

Since less scripts will now be loading within Safari, users will experience a much faster load time per page, better battery life, fewer crashes, lowered data usage than ever before.

Apple is taking a pro-active step to improving the user experience on iOS by removing ads and 3rd party content in order to bolster user performance and security, While this is great for Apple’s users, it is obviously not so great for publishers and advertisers.

By allowing ads to be blocked, we believe that there is something directly noncompetitive within Apple’s decision-making to allow for the interference of the financial activities and ad-serving agreements of publishers and advertisers outside of Apple to be disrupted by ad-blocking software.

Will the push to block ads drive publishers to begin considering Apple’s recently launched ‘News” app, where it is not possible to block ads which is connected to Apple’s iAd network? It’s not hard to connect the dots here when Apple is receiveing 30% of the ad revenues via this channel. But what really is emerging is a need to reconsider how companies advertise on mobile, perhaps this is the first step towards a content being mainly consumed through apps?  Clearly the consumer benefits are overriding the business benefits for publishers for Apple.

It’s uncertain whether underneath the surface Apple’s decision to improve the user experience by allowing ad-blocking apps/plugins is really meant to disrupt Google and as a by-product, publishers and advertisers, whom are using the highly successful AdSense, DoubleClick AdX and DFP platforms on their websites. What is becoming obvious is that the websites in general will have to begin strategizing how to circumvent this new reality and to make sure that advertisements will continue to reach their intended audiences; potential scenarios include creating opt-in ad clauses for users to accept prior to having access to content and/or simply pushing more original content to apps where the ads will not be blocked.

Prior to proclaiming that the sky is falling, we remain pessimistic that there will be a mass adoption of ad blocking apps on iOS for Safari.  While it is easy to point to the fact that there are a reported 200M active adblock plugin users around the world (mainly on desktop), we remain skeptical that the average mobile user will be motivated to seek an ad-blocking option.  If only 5% of all iOS users end up downloading an ad blocking app, we’re only referring to 50M people worldwide, many of whom people didn’t want to see ads in general and were probably not your target audience globally anyways.

Digital Video in 2016 – The State of the Market for Publishers
The Death of Flash? 7 Things to Know Now about HTML5
Google Wants You to Improve Your Mobile Website. Will You Do It?