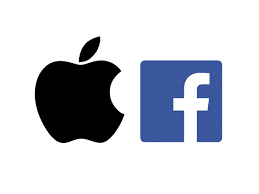 There is an epic feud going on now between Apple and Facebook. Both are fighting to protect their Users.

Facebook is supporting the position that a change in consent will lead to lower earnings and have a potentially crippling effect on small businesses.

Apple believes they are continuing their journey towards an informed User with transparency and choice.  With the recent win in the French courts for Apple, the company’s Privacy AppTracking Transparency (ATT) framework is User safe and not as critics have claimed.

What it seems to come down to is User transparency and choice. The way the ecosystem has been structured is with the mindset of optimization at all costs, now when taking a step back, we can determine if the tracking and retargeting was in fact for a better User experience.

User choice does not mean that the user will necessarily choose to end the current status quo when given clear options.  This has led to Facebook’s Aggregated Event Measurement and the China Advertising Association’s CAID – both tools are meant to balance out the effects User choice may have.

Facebook plans to introduce Aggregated Event Measurement to support measurement of web events from iOS 14 users once Apple requires the ATT prompt.  It is designed to help you measure campaign performance in a way that is consistent with consumers’ decisions about their data. 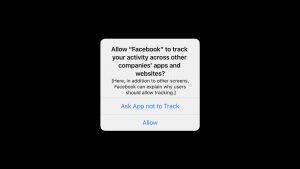 With ATT, when an Apple device owner downloads or opens an app, a notification pops up asking if the user wants to be tracked across third-party apps and websites.

The ATT framework stands on the four pillars of Apple’s trust:

Data Minimization
Collect only the minimum amount of data required to deliver what you need for a given service.

User Transparency and Control
Making sure that users know what data is shared and how it is used, and that they can exercise control over it.

On-Device Processing
Processing data on the device, whenever possible, rather than sending it to Apple servers, to protect user privacy and minimize data collection.

Security
Hardware and software working together to keep data secure.

A day in the life of your data 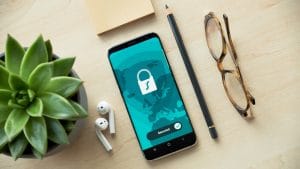 Apple is a company that has had issues with privacy, which has led users to wonder if their devices were listening and recording them. (link) Apple released the “day in the life of your data” demonstrating several points along the way for how tracking is relevant to you as well as highlighting how, using Apple Privacy, the User remains in control.

Below is an exerpt from the PDF which paints a picture of a world of data on siege from the likes of social media, data brokers, and app requests.

Apple tells the story of a father out with his daughter and in the background is his data.

“One of the apps that track John’s location can observe that John and Emma also stopped by a toy store,  the information about where the family shopped during the day is passed along to data brokers, who combine it with the knowledge that he has a young child to pepper John’s devices with targeted ads for sugary treats and for the toy store they visited.”

After following John and his daughter Emma around for the day, Apple shows us how his day could have looked with Apple’s privacy features.

John plans a day at the park with his daughter

Emma plays a game on the ride to the park

John and Emma take a selfie at the park

Facebook’s point seems to be that the user/ small business owners are having the game changed on them and somehow in this new growing transparency “buyer be warned user journey” there is a cost for your Privacy and User rights and that cost will be in your lost revenue.

The past can not be counted on to predict the future but it can give us a glimpse and even allow us to see when we get it right.

How will User’s react to an environment of consent and transparency?

Will the internet of tomorrow be User-led or defined by industry standards from the top down? Facebook’s grievance with Apple could be that the newest privacy requirement is a push from one company and not the industry as a whole.

But is that all there is to it? With different companies pushing different Privacy choices platforms are left with a hard choice of how to continue to provide the environment for businesses as they know it.

Perhaps the question is not how to keep businesses the way we know but rather make it a better place to do business for the advertiser, publisher, and user.

The time of Data awareness continues to add safeguards for transparency and the moves by Apple (ATT) and Google (FLoC), along with Unified ID (the Trade Desk now with Prebid), are all ideas we need right now. Possible solutions for how to protect the open free internet and promote a safe User’s journey.

Publishers looking ahead will need to combine solutions, provide data transparency and not be afraid of User’s choices.

Ryan Rakover is the head of our Trust and Safety efforts at Total Media.

One of the things Ryan enjoys the most in his role as a Publisher’s strategic partner is the challenge of bringing policy from a place of rules and standards to delivering solutions to clients to improve their client’s bottom line.  Find Ryan on LinkedIn or reach him by email at ryan(at)totalmediasolutions(dot)com.

Ziv Jonas - Transcript from the Stories from Publishers’ Bedrooms Event – 05/21/2020
Google Releases New Data Tools for News Organizations
By the Way, Did You Read This? Aug. 10