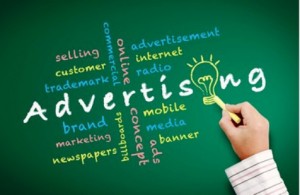 The future is personalized marketing and its agent of change is the “Cookie.” Yep, that string of data, storing all our personal habits is at the center of a digital storm. A storm that is about to disrupt our entire online eco-system. Reporting back from the recent DMEXCO Cologne conference this month, Total Media’s co-founder, Yaniv Levi shed some light on the state of digital advertising and marketing, and the gale forces looming ahead.

Above all, he said technology was ordained queen, beyond the “holy trinity” of creative, content and context. Technology is also gnawing away at the traditional disciplines of; marketing segmentation, demographics and other online behavior analysis methods. And who might be the Queen maker?

Why its Big Data. Yes, we know, big data is one of those buzz words that has been littering our digital marketing wastelands for the last few years. But it’s time to separate the hype from reality.

The truth is; Big Data is a big deal when it comes to online advertising and conversion. Not that long ago advertising revenue success was a product of 90 per cent creative and 10 per cent technology. Today it is more balanced. In the future, we could see the scale tipping further in favor of technology driven by relevant algorithms. Big Data is already giving us the ability to engage with customers, subscribers and viewers, across every channel, in ways not possible before. Through acquired analytics it is delivering speed, power and agility in a bid to offer customers what they want and when they want it. Most importantly, it is driving marketing automation and analytics that are helping publishers and advertisers quickly forecast and estimate advertising revenue growth, and in doing so increase revenue growth.

Programmatic buying through display in all formats; mobile, tablets and video, is a key driving force that is reshaping digital advertising. In 2015 programmatic is predicted to increase its percentage share from 49% of users to 73%. Programmatic platforms are improving accuracy of measurement but are also causing confusion. In 2015 there will be a push to reduce confusion in the market place.

Ad Exchanges such as Google Double Click are making it possible for publishers to increase their revenue stream with new exclusive choices. Private auctions and preferred deals are already available through exchanges and are creating an opportunity for direct handshakes to happen across multiple platforms in multiple languages. According to Sivan Tafla, CEO, Total Media,“Programmatic direct has enormous potential for the future of online advertising because it helps advertisers find and buy relevant premium ad space automatically and channel their efforts into spaces that will give the highest ROI.”

Native and sponsored ads to continue to evolve

Although technology is gradually tipping the scales, content will continue to pull its weight. Already news publishers are removing the road blocks to previously banned sponsored news content. Text based advertising not that long ago trailed across the bottom of publisher sites, seizing squalid digital real estate. Today news sites including The New York Times and even The Guardian are embracing sponsored and native ads and are running integrated display and text ad campaigns with carefully camouflaged references to the brand. The trouble is that readers are growing wary and can increasingly smell a sales pitch a mile away. Another source of sponsored content set to spread is the “promoted” link that refers readers to recommended articles based on recommendation technologies developed by companies such as OutBrain.

In its latest study of global media owner advertising revenues, covering 73 countries, MAGNA GLOBAL forecasts that revenues will grow by +6.4% in 2014 to $516 billion. So how can you make the most of the predicted increase in advertising spend? The general consensus is that data and technology will increasingly be the two critical success factors for effective audience targeting and revenue streaming in 2015. Technology will be a key differentiator between success and failure of digital ad campaigns and digital advertising technology experts will be increasingly sought after.