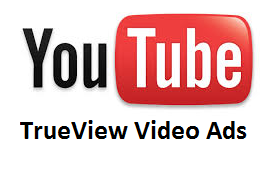 Among the three methods for purchasing ad units, it has been reported that 85% of all TrueView’s in-stream advertisements are currently being purchased through DSP’s as compared to the remaining portion through AdX and direct sales.

So what has changed? YouTube’s ad inventory, known as TrueView, will cease to be made available programmatically through the Google’s online exchange, DoubleClick Ad Exchange (AdX) and through outside DSPs. Now, the big development is that video ad units will now be solely available for purchase through Google’s DBM, DoubleClick Bid Manager.

Neal Mohan, VP of video and display advertising at Google said on the official DoubleClick blog that Google is aiming to “continue improving the YouTube advertising experience for as many of our clients as possible, (thus) we’ll be focusing our future development efforts on the formats and channels used by most of our partners. To enable that, as of the end of the year, we’ll no longer support the small amount of YouTube buying happening on the DoubleClick Ad Exchange.”

Mohan continued, “With this change, we’ll be able to invest even more in creating the best and most effective YouTube advertising and buying experiences possible, continuing our efforts in TrueView and offerings like Google Preferred. Video advertising and programmatic buying are growing rapidly and being focused in our investments will help us drive them forward at an even faster rate.”

The announcement of the impending changes means that Google is pivoting and effectively separating buyers from purchasing video ads for YouTube from outside of Google DBM, thus limiting non-Google DSPs from programmatic access to the platform.

Google’s decision to change the status quo creates a dynamic to strongly promote Google DoubleClick Bid Manager as the sole exclusive platform for ad buyers to purchase TrueView for YouTube.  Going forward, buyers will have to adopt Google DBM for purchasing TrueView, or otherwise leave themselves out of the growing video ad space.

We see Google’s decision to minimize the available methods for purchasing YouTube ad units as a positive step towards simplifying the ad buying process from three methods to one specific one, Google DBM. We acknowledge that there may be a segment of the industry that is not happy with the change, Google, as the owner/parent of YouTube, is wise to create an incredibly strong sales advantage for themselves by making ad units only available for purchase through one outlet, while at the same time, providing to ad buyers an incredibly powerful DSP for buyers to use to create, manage and optimize video ad campaigns on YouTube.

What do you think of Google’s decision to minimize the available methods for purchasing video ad units on YouTube? Let us know what you think in the comments section below!

P.S. It seems like there’s always something new at Google. Take a look at their sleek new logo.

Video is Transforming Programmatic in 2016
Monetization Case Study - A Prominent Online Media House
By the Way, Did You Read This? Aug. 17