If you thought that the fight against ad-blocking programs was a lost cause for publishers, a recent experiment by the influential financial news outlet, The Financial Times, may convince you that it might be time to re-think your conclusion.

The London based The Financial Times announced that after a 30-day experiment to reverse the effects of ad-blocking on their website, nearly 40% of its non-subscribed readership agreed to view advertising after simply being asked to comply.

In this case, The Financial Times ability to influence its users ad blocking behavior is proof that by asking website visitors to turn off their ad blocking software in exchange for free content with paid advertising could be an effective method for reversing the trend of diminishing advertising revenue.

During the experiment The Financial Times used three kinds of persuasive messaging to motivate readers to turn off their ad-blocking software.

What is often ignored by users of ad blocking software and what is most centrally worrying for publishers –  Ad blocking software is diminishing online ad revenue meant to offset the cost of producing the content, and the lack of ad revenue is beginning to limit the justification and expected financial yield meant to arrive from the content itself.

Backing this up, the financial effect of ad blocking applications is simply staggering.  Accordingly to an August 2015 joint industry report by PageFair and Adobe on the cost of ad blocking to online publishers, collectively websites stand to lose an estimated $22 billion USD in total revenue in 2015. 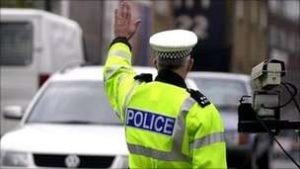 Whether the subscription paywall motivates people more than free content with advertising is debatable. Each of The Financial Times three strategies addresses a different approach for responding to the ad blocking phenomenon. Publishers will have to experiment like The Financial Times has exhibited and decide which strategy works most effectively for their own unique audience.

On a side note, it appears that after the 30-day experiment ended, a visit to The Financial Times website today shows that they have reverted back to their previous methods for combating ad blocking by putting the entirety of their site content behind a subscription paywall.  So perhaps it can be surmised that The Financial Times may possess the unique luxury of completely gating their content completely because anyone that signs up for a subscription was their target audience anyways.

Brian Blondy is the Marketing Manager at Total Media.  You can contact Brian by email at brian (at) totalmediasolutions (dot) com or on LinkedIn