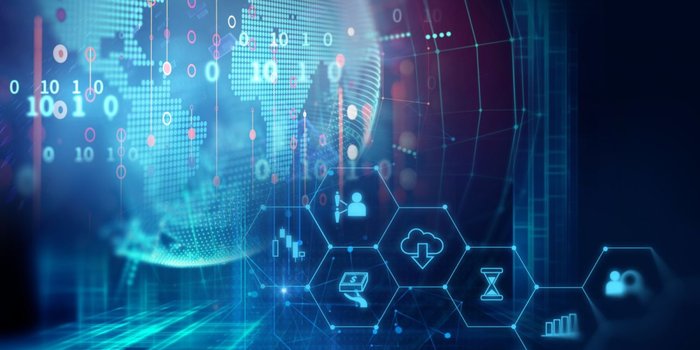 There is plenty of buzz in the programmatic industry today about integrating blockchain technology into the ecosystem.

Blockchain is most often explained as a continuously expanding list of records, or blocks, connected by encryption that is stored across a distributed matrix of computers globally.  Blockchain’s distribution across a grouping of computers links together a ledger of all of the transactions that occur within a particular blockchain.  The idea behind a chain of computers is to distribute information across many computers rather than on just one, to increase security and decrease the likeliness of a hack against one machine.

New entries into a blockchain are created by data miners who are incentivized to be the first to solve complex mathematical puzzles for writing new transactions into the blockchain.  The first to solve the puzzle receives a financial reward, commonly paid in BitCoin, as a reward for their effort.

The advantage of blockchain is that it is secure and its records cannot be altered without causing all of the previous records across all of the computers in the blockchain to be modified as well. The longer the blockchain, the more secure it becomes.  Therefore, the likeliness of the chain itself being modified at all decreases due to the strength of the blockchain’s global structure across many linked computers.

Growing interest of its applicability is due in large part to its proven ability and success in serving as the public transaction ledger for managing crypto-currencies like Bitcoin, as well as potentially providing its structure and versatility for non-crypto currency use cases such as for art auctions, banking transactions, and environmental issues.

Here are four reasons why blockchain is considered a valid solution for making programmatic transactions more secure, profitable and transparent for both publishers and advertisers.

Blockchain can prevent ad fraud by securing financial campaign transaction with the use of 256-bit encryption, ensuring that only the ad inventory that was sought to be purchased in the end is.

The programmatic industry needs a system of checks and balances to ensure that every company involved in the campaign transaction is aware of the actions of each actor involved.

A blockchain provides all parties an open and decentralized ledger that all parties can verify at any time.  While it is possible for nefarious actors to write lies into a blockchain, no one is incentivized to do this due to a large amount of computing power needed to solve mathematical puzzles for validating and creating new records (ledgers) in the public blockchain. 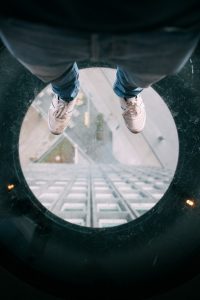 Publishers and advertisers alike are currently frustrated with the lack of transparency that takes place behind the scenes of an ad buy. Ad fraud is rampant in the programmatic industry and is estimated to have cost publishers $1.27b annually, and conversely, a recent report by AdLedger titled, “Blockchain & Advertising Special Report,” says ad fraud is especially rampant for advertisers, costing $19b in 2018 alone on the buy-side.

Most ad fraud commonly comes from the following three scenarios:

In all three scenarios outlined above, it’s clear that advertisers appear to be the ones suffering most from ad fraud. According to a 2017 study by Fraudlogix, an ad fraud solutions specialist serving global DSPs and SSPs, an evaluation of 1.3 billion random ad impressions over 30 days found that 247 million of the monitored impressions, roughly 19 percent, were found to be either fake or bot-generated. Despite the optimism, figures released in March 2017 point to ad fraud costing advertisers $16.4 billion in wasted ad spend globally during the current calendar year, a number which amounts to a total loss just short of 20% of the whole digital ad spend worldwide in 2017. 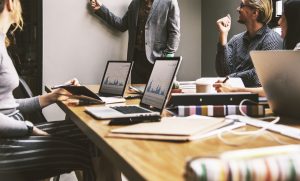 Blockchain’s value comes from bringing transparency to all parties within a public transaction. As a result of this transparency, both publishers and advertisers can reach more sound evaluations about their margins and determine which vendors are providing the highest financial value relative to their cost.

As of today, an ad buy passes through several sets of go-betweens (and sometimes more than several) before it reaches the publisher and consumer. When a publisher reviews their finances about their monetized impressions, it is quite common for a publisher to only yield 30% for the impression after all of the actors involved in the programmatic food chain have taken their share.

In order to address the consequences of ad fraud, both publishers and advertisers have begun using third-party verification services for verifying ad delivery. Agencies are pushing these fees onto publishers, who as a result raise CPMs to compensate for the increase in expenses.

Third-party verification fees vary in price depending on how many products an advertiser chooses wants to use. Commonly an advertiser will choose to use a combination of tracking, anti-fraud and viewability products, which can add up to nearly $2 per CPM. Not surprisingly these expenses are passed along to publishers, who as a result are seeing less profit due to the sunk cost of doing business in the programmatic industry. For further information about third-party verification fees, AdWeek recently published an excellent in-depth discussion about these so-called ad-tech taxes, see the article here.

Blockchain’s digital ledgers will reduce some of those inefficiencies by de-intermediating the market for advertisements, radically reducing ad spend waste by exposing unnecessary third-parties from being involved in the transaction.

The emergence of blockchain in the industry has the possibility of improving the relationship between buyers and sellers in the programmatic supply chain, thereby sharpening industry standards, increasing security and reducing unnecessary third-parties from the transaction.

In July 2018, the IAB Technology Laboratory, a non-profit research and development consortium that produces and provides standards, software, and services to drive growth of an effective and sustainable global digital media ecosystem, announced details about its Blockchain Working Group pilot program to demonstrate the applicability and value of blockchain technology for programmatic advertising.  Partnered with leaders from across the supply chain, FusionSeven, Kochava Labs, Lucidity, and MetaX, the group is striving to test and evaluate the how Blockchain can address the primary pain points in programmatic “from data discrepancies to supply chain transparency.”

Blockchain’s central benefit is its ability to provide transparency and accuracy in its reporting, and there is a growing sentiment among advertisers that blockchain has the power to improve the industry. “ The AdLedger report found that 31.3% of marketers think blockchain can solve the industry’s problems, while 37.7% say maybe and 13.4% say no. 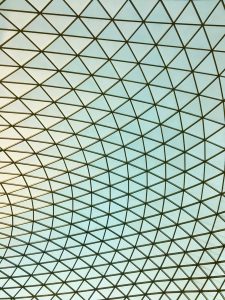 Optimism about blockchain is now evolving into actual use. Toyota and its ad agency Saatchi & Saatchi recently ran a trial with Lucidity to test whether a blockchain-based technology system would yield better programmatic ad campaign performance.

Not surprisingly the campaign resulted in a 21% better performance with blockchain than without by tracking and excluding suspect websites and bot fraud from the campaign.

Beachfront, a leading ad tech provider for video publishers, has also begun integrating cryptographic and blockchain based technologies into its ad platforms to enable better targeting for ad campaigns, in addition to offering post-campaign verification for video ads across all devices (desktop, mobile, connected TVs).

Beachfront’s cryptographic and blockchain technologies create a detailed and permanent record of each campaign which allows for publishers to provide evidence of ad delivery, which audiences received the impression, as well as enabling advertisers set-up more precise targeting and optimization for their campaigns.

Blockchain’s central benefit is its ability to provide transparency and accuracy in its data, and there is a growing sentiment among advertisers that blockchain has the power to improve the industry. According to the AdLedger report, 31.3% of marketers think blockchain can solve the industry’s problems, while 37.7% say maybe and 13.4% say no.

Just over 50% think blockchain will reduce the number of intermediaries in the supply chain, with 34.8% saying maybe. More than a third, or 39.4%, agree and 32.4% strongly agree that blockchain is the future of advertising.

Though for blockchain to be considered a viable measurement and validation tool, it needs to be universally adopted by both sides of the programmatic ecosystem as a recognized standard. Perhaps a critical mass of adopters will emerge in 2019 and create a new status quo for how the industry self-regulates itself.

Where things stand today, it easy to see why blockchain is considered a valid solution for making programmatic transactions more secure, profitable and transparent for both publishers and advertisers.